Space Cadets is the story of the first African American girl accepted into a prestigious space academy, and the story of discrimination, racism, and old-fashioned bullying she faces, and how she overcomes it.

There are so many things I’ve learned since I broke away from the cocoon that we call our country. It’s a great place, a safe place, but perhaps it’s because of that safety that we look inward. And in the case of too many people, we look backward.

Future dreams will never last if we always focus on the past. On the terrible things that were done to our ancestors. If we are to look forward, we should remember them, but not dwell on them 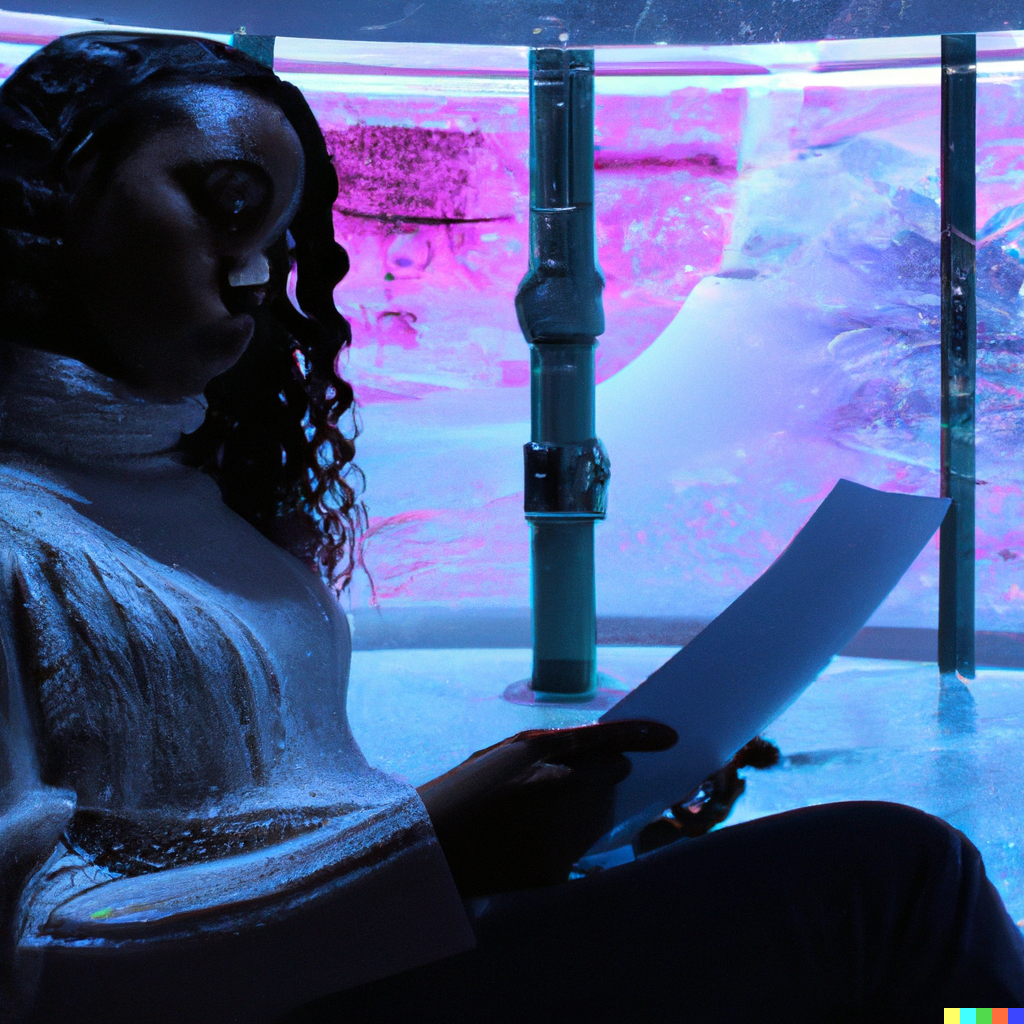 TERMINUS, THE MASSIVE flotilla that surrounded the Space Elevator, was too mobile to be called a city in its purest sense. But for all intents and purposes, it was one. Their hotel was the finest Aisha had ever slept in, with big, comfortable beds and a wonderful breakfast. The slight rocking of their room caused by the waves only further lulled her to sleep. 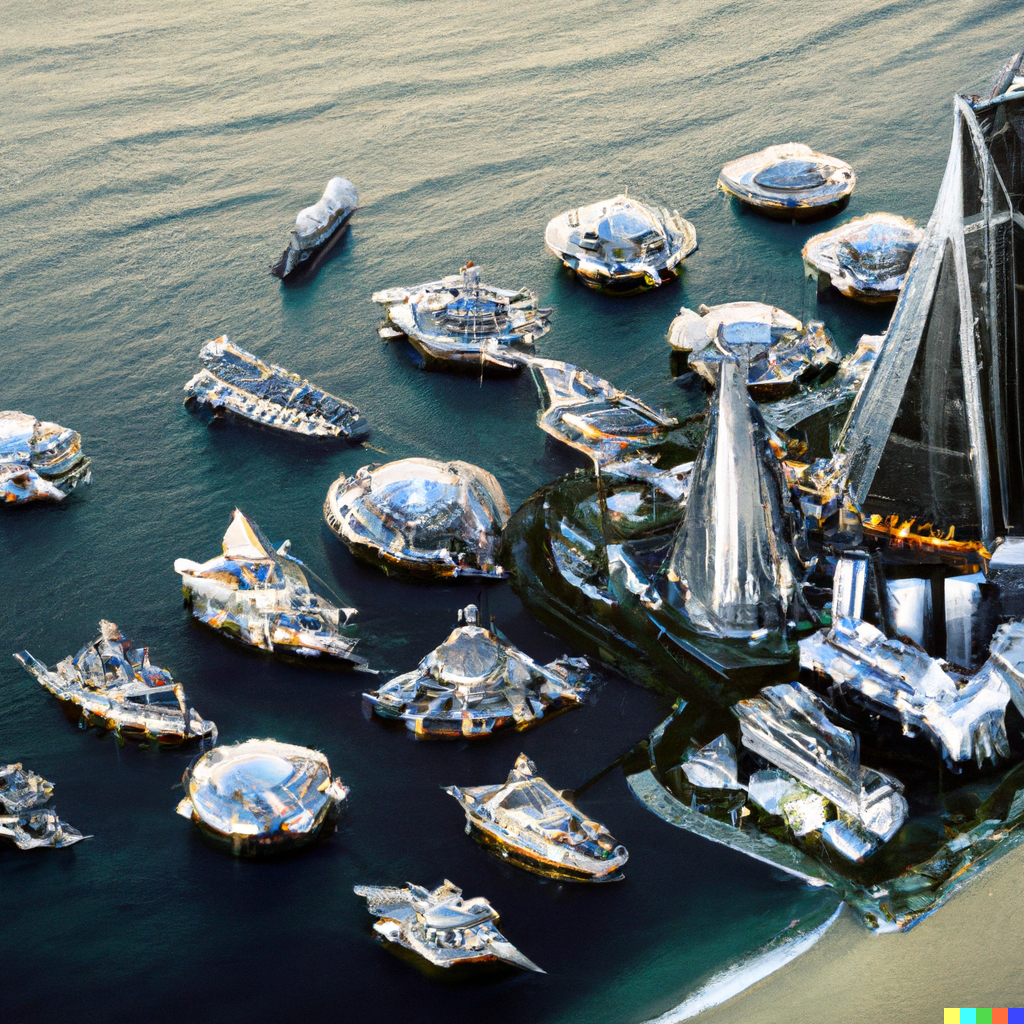 So it was in fine cheer that she greeted the press conference, the crankiness of travel a distant memory.

Before long, she was biting her lip, trying not to snap at the monotony and repetition of the questions that were largely irrelevant to her future as a space cadet.

“What’s it like being the first African-American to qualify through open enrollment?”

“It’s great, but I can’t really answer what it’s like until I go up there. But I’m looking forward to it, and hoping I can be an effective student.”

She watched as the reporters took notes, unhappy with such a straightforward statement. There was no story there. “How do you think you are going to cope with the pressure?” “Until I know what the pressure is, it’s hard to answer that question. I’m sure I will handle it the same way as any other student.” One of the reporters, a white man whose hair was whiter than his skin, interrupted. “But you aren’t like the other students, are you?”

“Why would you say that?”

“Because you are the first African-American student to qualify through open enrollment.”

Aisha could feel her anger rising. She tried to keep her calm as she answered evenly, “How does that make me different from the other students?”

“Please,” said the man. “We all see how politically correct this situation is. There has been so much pressure on the board of governors to open enroll from amongst the general population so that we can meet political needs of diversity. So, of course, the first thing we need to do is to have some African-Americans amongst the student body. And while we’re at it, why don’t we get a girl, so we kill two proverbial birds with one proverbial stone. Let’s also find one who lost a father in the second Korean War! Isn’t it obvious to you that you have been picked for all of these reasons and that you are going into orbit to be in a place where you are likely to be out of your depth, but will probably be handled by kid gloves, so as to satisfy those who are bearing political pressures?” 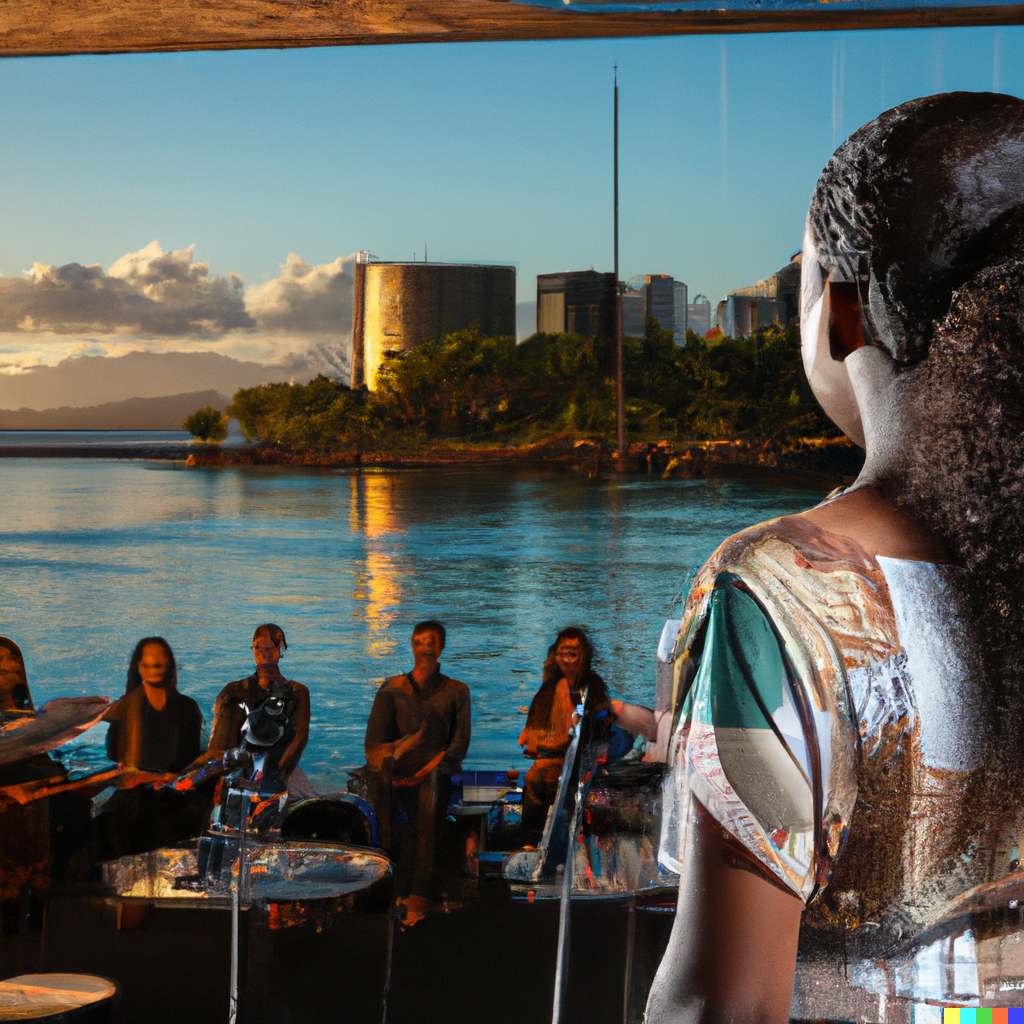 Aisha felt her jaw drop. Even Mother was stunned into silence. The worst part, though, was that in a room full of people, many of whom were African-American, nobody leapt to her defense. Instead the press turned to her, recorders pointed in her direction, awaiting her answer.

What a bunch of sharks!

She could feel herself begin to sweat as all eyes turned her way. Time slowed to a crawl as they awaited an answer. With every passing tick, and nothing to say in response, she began to wonder if the man was right. If she really was out of her depth. If she really didn’t belong here, and she was just fooling herself. Maybe she wasn’t as smart or as capable as she thought she was.

What would Father do in these circumstances? She had always learned of how great and how wise he was. Mother tried to pass down his teachings, but they were often through her filters, and Aisha was left to parse what the man had really been like, and what he would really do.

She remembered one phrase: Never start the fight, but always finish it. The path was clear. There was a simple way to finish this fight. Composing herself as best she could, she smiled, and stood. It still felt like everything was moving in slow motion. Instead of exiting through the back, she took the steps down from the stage towards the waiting press, walking towards them.

Some began to get upset at her not answering the question. That was the news they had come for, and they smelled blood in the water. But she maintained her composure, looking straight ahead and walking slowly, step-by-step, as they parted before her.

Her path took her straight towards the reporter that had asked the question. His skin was turning redder now. Was it anger? Embarrassment? It didn’t matter. She met his gaze, held it for a moment. She watched him prepare for whatever she was going to say, saw his eyes dilate, his pallor flush.

She gave him a little half-smile, and left the room to ever increasing volume and shouting.

She finished the fight.

Her insides burning, she wanted to get as far away from the press room as possible. She had maintained a calm composure, but the man’s words bounced around her head, making her angrier with each passing step. But what if he was right? What if she really was chosen for the reasons he had said? She had to admit to herself that she had taken pride at being the first of her race to be chosen. And with there being so many qualified boys, that the first was a girl. Maybe she shouldn’t have felt so proud. Maybe she shouldn’t have let mother’s braggadocios attitude wear off on her.

The truth of the matter was that she was selected. That she was going to be a space cadet. In a few hours, she would be in orbit: Working with the best and brightest people in the world, learning how to fly spaceships, and being part of the research team that was building ships that would go to the stars.

This small-mindedness would be left behind. Whether or not he was right, she was still going to be part of that, and still going to have an opportunity to excel. Not as an African-American. Not as a girl. But as herself. 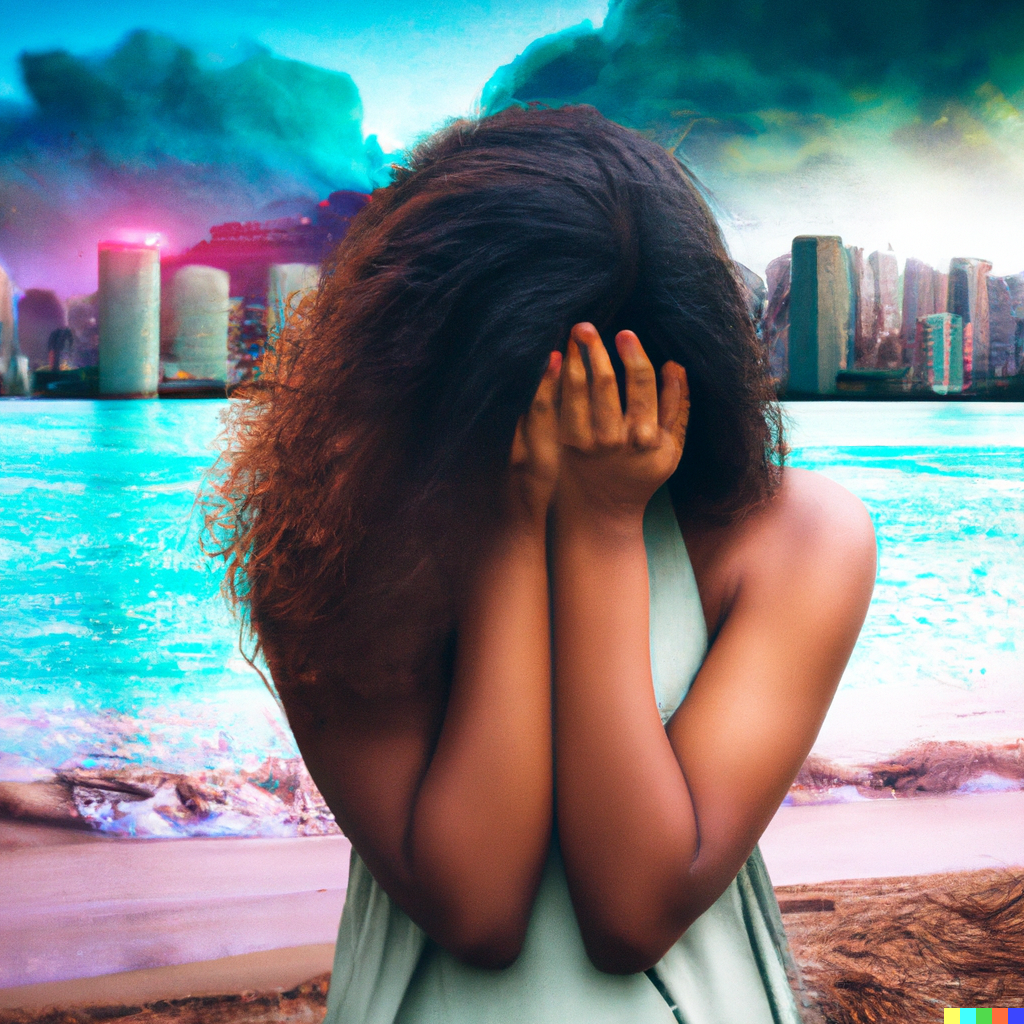 Mother was unhappy at dinner. Aisha wasn’t sure if it was because she had cut the press conference short or if it was because of what the man said. Not knowing her mother’s feelings disturbed her even more. Finally, Mother spoke.

“What you did,” she said. “Reminded me of your father. It was like he was back there in the room with me. I’ve never been more proud of you.” 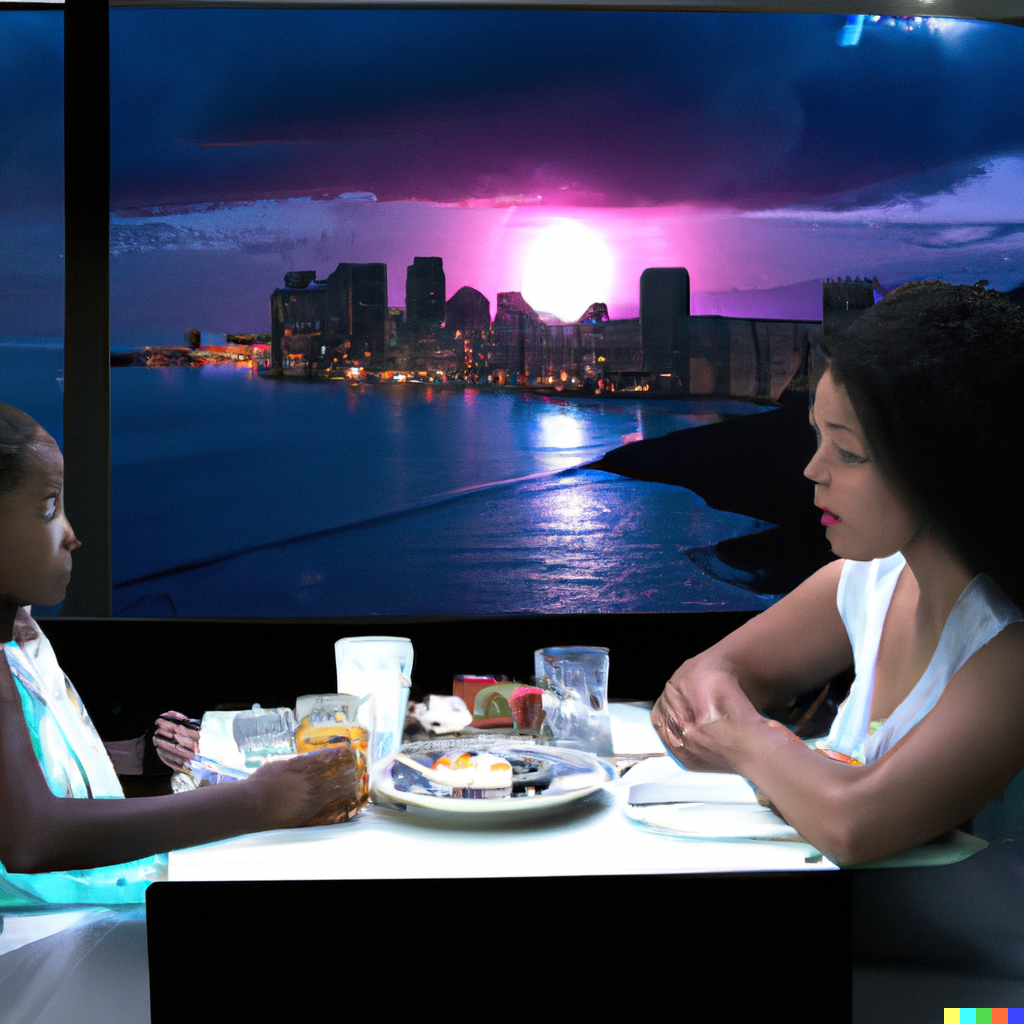 Aisha looked in her mother’s eyes. They were reddening. “It made me miss him all the more, and tonight you are leaving me too. I just realized how much I’ll miss you. It’ll be just me and your little brother now.” She stood up and walked round to Mother’s side of the table, embracing her warmly. She could feel Mother’s face on her shoulder, and the heat of her tears. Holding ever tighter, she felt the tears flow from her own face down Mother’s shoulder. 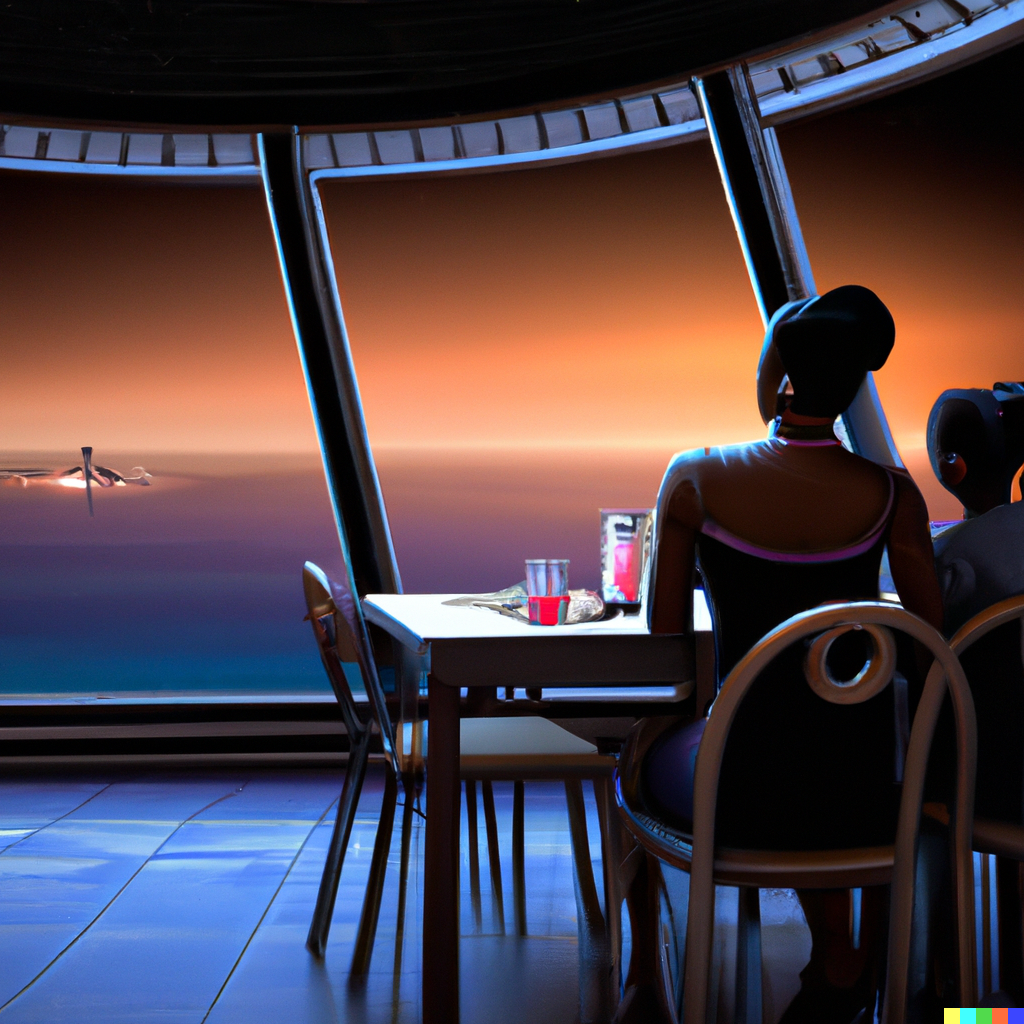 She held Aisha tightly. “I just wish I could be with you, so that they won’t attack you again.”

“They won’t, Mother. And you’ll always be with me.” 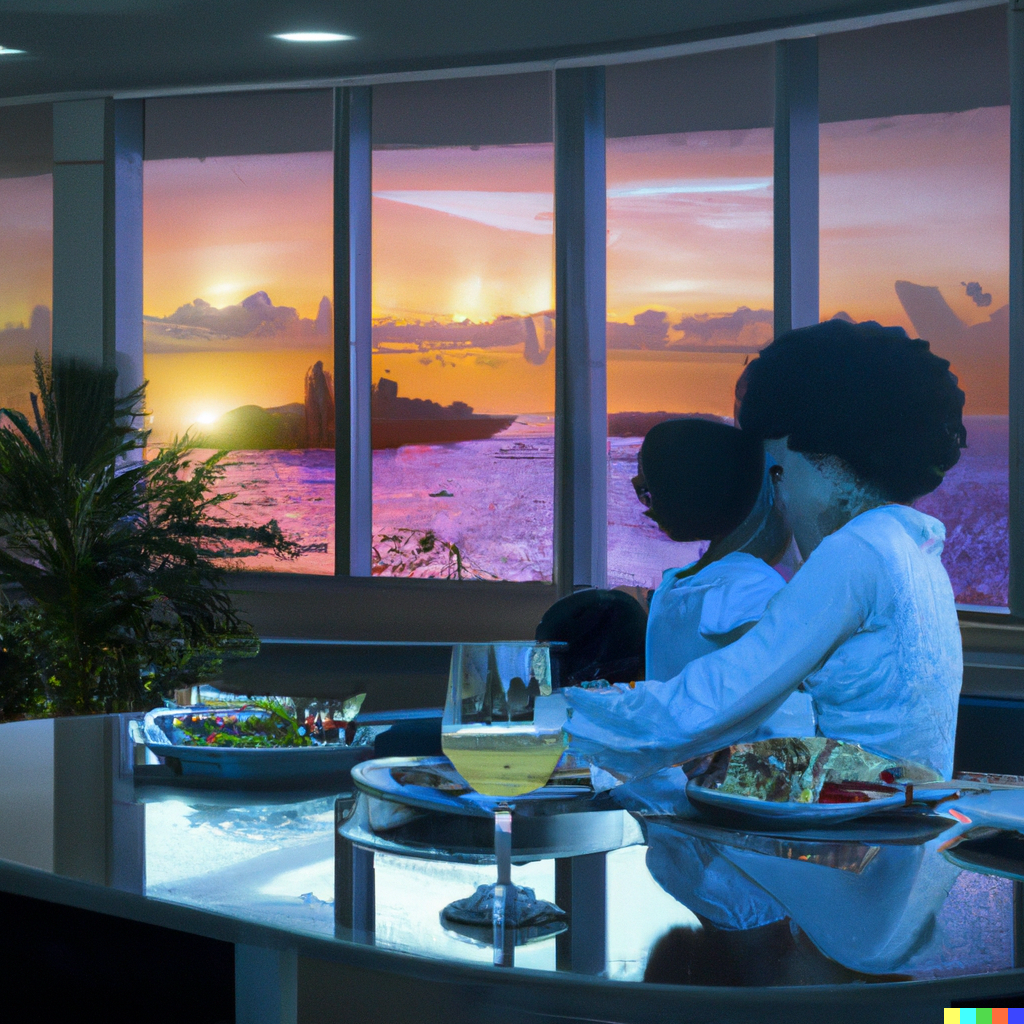